Focus on suppliers of industrial location measurement products and Solutions

Sensors-the backbone of the robotics industry

With the improvement of intelligence, the application of robot sensors is increasing. Intelligent robots mainly include interactive robots, sensor robots and autonomous robots. From the perspective of anthropomorphic functions, vision, force, and touch are the most important. It has already entered the practical stage. Hearing has made great progress. Others include smell, taste, slippage, etc. Corresponding to a variety of sensors, so the robot sensing industry has also formed Production and scientific research strength. 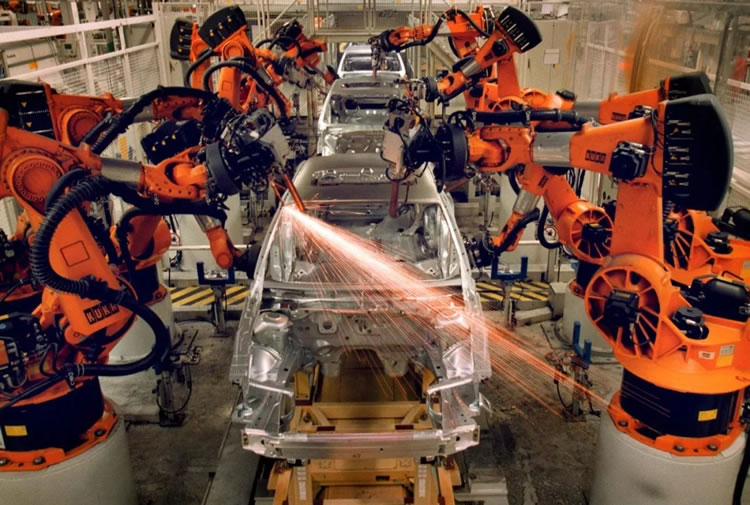 Machine-mediated mechatronics products, internal sensors, motors, shafts and other mechanical parts or mechanical structures such as arms (Arm), wrist (Wrist), etc. are installed together to complete the measurement of position, speed, and force, and realize servo control.

There are two types of linear motion sensors: potentiometer sensors and adjustable transformers. There are three types of angular displacement sensors: potentiometer, adjustable transformer (resolver), and photoelectric encoder. The photoelectric encoder includes incremental encoder and absolute encoder. Incremental encoders are generally used for position servo control with uncertain zero position. Absolute encoders can obtain the instantaneous angle value of the drive shaft corresponding to the initial locking position of the encoder. When the device is under pressure, just read the code of each joint The reading of the robot can adjust the given value of the servo control to prevent excessive violent movement when the robot starts.

There are two types of speed sensors that measure the speed of translation and rotation, but in most cases, they are limited to measuring the speed of rotation. Use the derivative of the displacement, especially the photoelectric method to irradiate the rotating disk with light, detect the rotation frequency and the number of pulses to find the rotation angle, and use the disk to make a gap, and use two photodiodes to distinguish the angular velocity, that is, the rotation speed. , This is the photoelectric pulse type speed sensor. In addition, there are tachometer generators for speed measurement and so on.

Strain gauges are telescopic gauges and stress sensors used for acceleration measurement. Acceleration sensors are used to measure the dynamic control signals of industrial robots. Generally, there is deduction by velocity measurement, and the power generated by the acceleration of a known mass object, that is, the force is measured by a strain gauge for deduction, and there is also the following method:

The force related to the measured acceleration can be generated by a known mass. This kind of force can be electromagnetic force or electromotive force, and finally simplified to the measurement of current. This is the servo return sensor. In fact, there can be a variety of vibration-type acceleration sensors.

There are also torque sensors (such as the use of photoelectric sensors to measure torque), wrist force sensors (such as the International Stanford Research Institute composed of 6 small differential transformers, can measure the power acting on the wrist X, Y and Z three directions and Dynamic torque of each axis) and so on.

Due to the long development history of robots, in recent years, AC servo systems based on AC permanent magnet motors have been widely used. The corresponding position and speed sensors are widely used: various types of photoelectric encoders, magnetic encoders and resolvers.

In the past, general industrial robots did not have external sensory capabilities. However, new generation robots such as multi-joint robots, especially mobile robots and intelligent robots, require correction capabilities and the ability to respond to changes in the environment. External sensors achieve these capabilities.

For example, the multi-joint robot needs to know the actual contact, the position of the contact point (positioning), and the characteristics of the contact, that is, the estimated force (characterization). The basic assumptions of stress detection, such as calculating the force between the work surface and the object, include the installation of sensors to the environment, and the installation of transmission devices for testing instruments on the robot wrist as sensors.

Due to the increase of the robot's movement speed and the possible damage to the object loading and unloading, it is necessary to know the prior information of the object's location in the robot's work site and appropriate trajectory planning, so it is necessary to apply the remote sensing method of measuring proximity. Proximity sensors are divided into passive sensors and active sensors, so in addition to natural signal sources, artificial signal transmitters and receivers may also be required.

Ultrasonic proximity sensors are used to detect the presence of objects and measure distances. It cannot be used to measure the distance less than 30~50cm, and the range of distance measurement is larger. It can be used on mobile robots, and can also be used for grippers of large robots. It can also be made into an ultrasonic navigation system.

The infrared proximity sensor is very small, only a few cubic centimeters in size, so it can be installed on the gripper of the robot.

It is used to feel and interpret sound waves in gas (non-contact sensation), liquid or solid (contact sensation). The complexity of sound wave sensors can range from simple sound wave presence detection to complex sound wave frequency analysis, to the identification of individual speech and vocabulary in continuous natural language.

In recent years, it has been widely used in robots. In addition to commonly used thermal resistors (thermistors) and thermocouples, thermoelectric television cameras have also made progress in measuring and sensing temperature images.

This is a very widely used external sensor. In view of its rich content, and machine vision often forms a product independently, it is closely related to software technology. 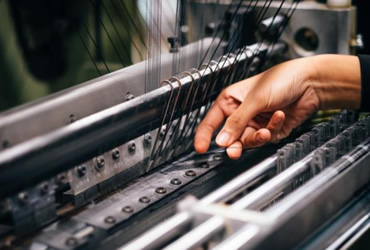 The transformation of industrial big data, empowering the manufacturing industry is a "addition, subtraction, multiplication and division" problem

The transformation of industrial big data, empowering the manufacturing industry is a "addition, subtraction, multiplication and division" problem

The history of encoder development!